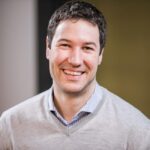 Bart Sheffers is an independent consultant working with civil society, international organizations and the private sector on public sector integrity and anti-corruption. Previously, he worked for the Open Society Foundations, the International Anti-Corruption Academy (IACA), as well as for several financial institutions in the Netherlands. Among others, he evaluates open contracting and budgeting commitments under the Dutch Open Government Partnership (OGP) action-plan and has researched how national executive budget proposals are in line with best practices and recommendations such as the International Budget Partnership. As a grant-maker, he worked with several initiatives to increase budget transparency and oversight. He studied political science and human rights he and speaks English, Romanian, Dutch, and German.