Smuggling in Southeast Europe analyzes and reviews the connection between the conflicts in the former Yugoslavia and the growth of the trans-border crime in the region, and also looks at the related issue of corruption. The paper highlights the decisive impact the Yugoslav wars had on the development of the regional criminal networks, which were often set up and maintained not only with the knowledge, but even with active participation of the highest state officials.

The research also represents a contribution to the study of conflicts in the Western Balkans. The majority of existing interpretations of causes, course and consequences of the Yugoslav wars try to provide the answers through ethno-political explanations. They unjustly ignore the importance that interweaving of interests of political elites, the organized crime groups, which appeared in this period, and the “mediating class” of corrupt state officials had in this process.

The paper is divided in three parts:

The first part analyzes the emergence of officially sanctioned “state-building” smuggling in those parts of the former Yugoslavia, which were involved in the war. The intermediary role of Albania, Bulgaria, Macedonia and Romania is also discussed. In these four countries, smuggling networks were not developed under open patronage of the governments, but the role of high-positioned politicians was nevertheless extremely important.

The second part traces the evolution of the initial semi-official smuggling channels and their transformation into “classical” criminal networks. The so-called “suitcase trade,” cigarette smuggling, smuggling of narcotics, and the trafficking in human beings are discussed in more detail.

The third part reviews and comments the efforts of the regional governments and the international community to fight the trans-border crime in the region and the corruption, linked to this crime. The paper concludes that despite several positive recent developments, successful fight against the trans-border crime and corruption is hampered by the fact that the regional approach in counteracting trans-border crime and corruption is still overshadowed by individual national efforts. The paper offers an argument in support of regional and transnational programs and efforts, since only such programs can realistically and successfully approach the trans-national challenges, facing both Southeast Europe and the European Union. 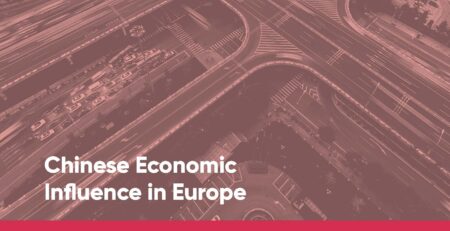 The study Examining the links between organised crime and corruption was commissioned by the European Commission (DG JLS). This...

The brochure suggests topics for discussion at the international conference Shaping a Common Security Agenda for Southeast Europe -...