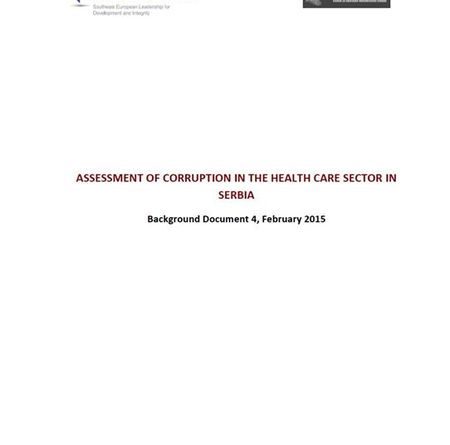 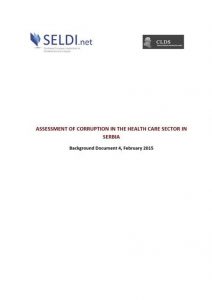 Many people are ready to more strongly condemn corruption in health care from the moral standpoint than corruption in some other parts of the public administration. A corrupt customs officer or tax inspector can often be met with more understanding by the general public than a corrupt general practitioner or surgeon. Two reasons can be cited as explanations for such moral attitude toward corruption in health care. First, corruption in health care is, completely erroneously, associated exclusively with the doctor-patient relationship, and then this relationship is, also erroneously, reduced to extortion by doctors, which gives rise to non-collusive corruption – a patient  pays a bribe to a doctor to prompt him to fulfil his duty, i.e., his professional obligation. Second, it is implicitly assumed that a patient is in a vulnerable position, since the price elasticity of demand for health services is low, and doctors can use this, even in non-collusive corruption, to extort large amounts of bribes. 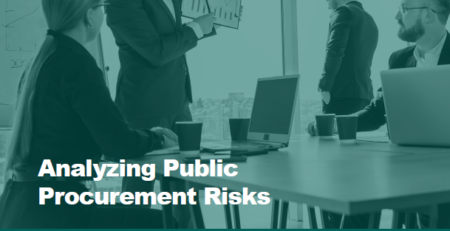 The main purpose of the manual is to introduce how data analytics can encourage good governance practices by highlighting the...

The report is prepared as a part of the regional effort by the SELDI network to analyze corruption in South...

The European Commission’s proposal for a revised approach to Enlargement takes on board key proposals for SELDI’s Regional Anticorruption Reports... 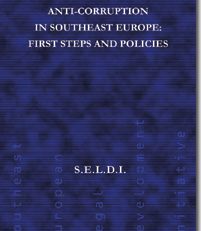 The current report makes an overview of the origins of trans-border crime and corruption in SEE. It also focuses on... 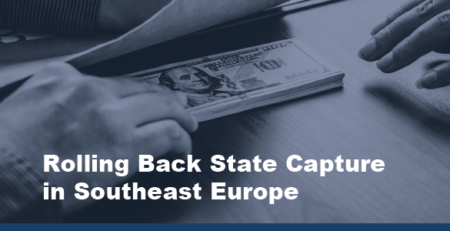 Russia’s ongoing war of aggression against Ukraine has intensified existing geopolitical tensions throughout 2022 and into 2023, exposing persistent rule...