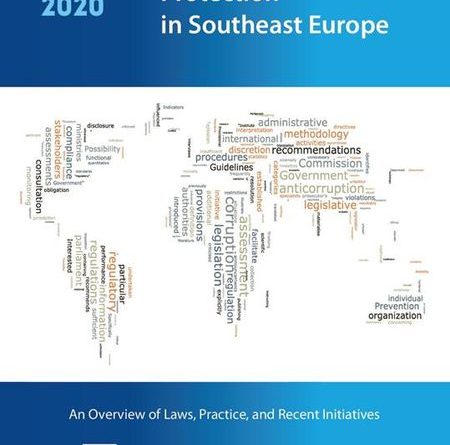 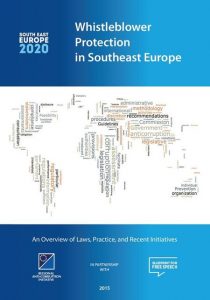 Whistle blowing is one of the most effective methods to expose and combat corruption and other types of wrongdoing that harm or threaten the public interest. The publication, prepared by SELDI’s partner the Regional Anti-Corruption Initiative and Blueprint for Free Speech, notes the growing public support throughout the region to combat corruption and make public administrations more transparent. According to the authors, this trend has opened meaningful opportunities to improve legal protection for whistleblowers. At the same time, government agencies, CSOs and journalism organisations are developing new expertise in receiving whistleblower disclosures and complaints, and acting upon these reports.

Additionally, some employees who faced retaliation for exposing misconduct have successfully used the courts and other means to prevent further reprisals; regain their jobs; receive financial compensation; and fend off charges of defamation. The public and the media are starting to recognise the value of whistleblowers and are approaching them with less scepticism. Still, most Southeast European countries are at the beginning stages of assembling reliable and responsive whistleblower protection mechanisms. As evidence of this, government and corporate whistleblowers in the region continue to be exposed to many types of retribution, from harassment and ostracism to dismissal and physical threats.

To gain insights into these and other issues, this report provides an overview of the whistleblower frameworks in 10 Southeast European countries. In all but one of these countries, some concrete progress has been made over the past five years. Since 2011 three countries – Bosnia and Herzegovina, Kosovo and Serbia – have passed designated whistleblower laws. In five other countries, proposed laws or legislative options have been developed since 2013. All the while, many government institutions and CSOs have broadened their work on a range of whistleblower issues. Taken together, this progress makes Southeast Europe one of the most active regions in the world on this emerging public policy and citizen participation issue.

The Public Procurement Barometer (X-index), developed by SELDI's partner RIINVEST, measures and evaluates the performance of municipalities in public procurement...

In this publication by the Southeast Europe Coalition on Whistleblower Protection, the authors recall a court case filed against a...

Blamed for many of the country’s problems, but at the same time under-researched and ineptly understood, the hidden economy phenomenon...

Macedonia features in many discussions as a country with high hidden economy. The European Commission has repeatedly voiced its concerns...