According to the Corruption Monitoring System survey, carried out in Bosnia and Herzegovina in 2001 and 2011, citizens have perceived an increase in corruption in every profession monitored over the last decade. Unlike 2001, almost all professions were seen as corrupt by more than half of the citizens in 2011. This points out to a worrying trend that administrative corruption, i.e. corruption between the public administration and citizens has become so entrenched that people have started seeing it as all pervasive and systemic in character. Although much less people were victims of corruption in 2001 and 2011, and although victimization has actually decreased in 2011 compared to 2001, the lack of sizeable and sustainable anti-corruption impact has led citizens to perceive corruption as omnipresent. Police officers are both seen as the most corrupt, and are characterized by the largest increase in perceived corruption of any professional group included in this survey. Customs officers and their colleagues were also perceived as highly corrupt. These results are similar to what has been recorded in other countries in the region. The reasons for such rankings are both the inherent corruption risks in these professions related to their control functions, but also the frequency of citizens’ contacts with them. Typically, households have highest frequency of contact with the police, customs, etc., which commonly leads to citizens recognizing these institutions as more corrupt than others, with which they have fewer contacts.

Source: Countering Corruption in Bosnia and Herzegovina: 2001-2011, Center for the Study of Democracy (CSD) and the Center for Investigative Reporting (CIN), 2012 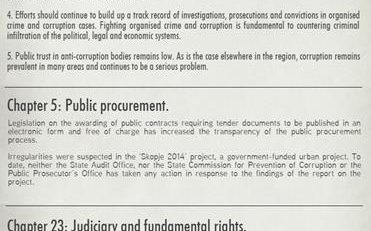 The charticle presents the main recommendations and conclusions of Macedonia's Progress Report 2014. Particular focus of the charticle is placed on... 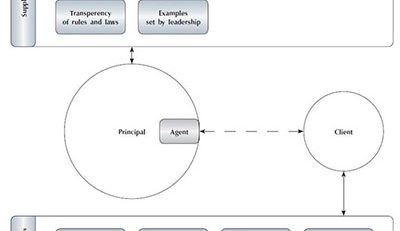 The structure of interests that induce corruption transactions is complex. Based on Tanzi’s analysis, drivers of corruption interest divided into... 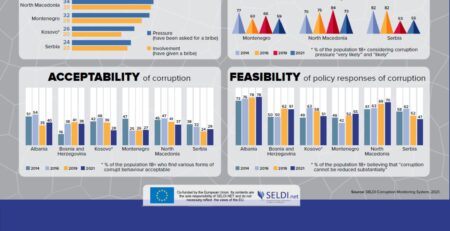 The anti-corruption progress achieved in the Western Balkans between the early 2000s and mid-2010s has now been reversed with most... 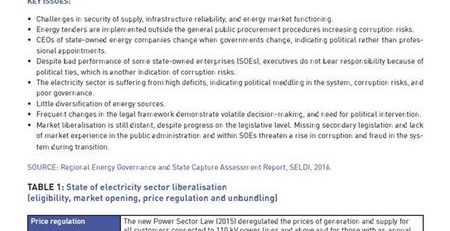 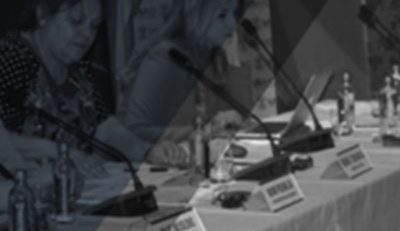 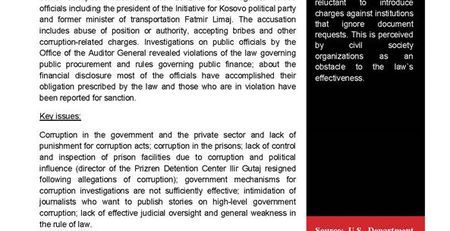 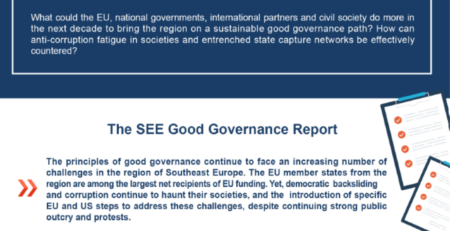 The Corruption Monitoring System piloted by the Center for the Study of Democracy (CSD) in Bulgaria in 1998 allows policy... 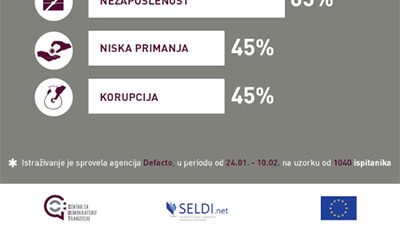 The key findings of the SELDI Corruption Monitoring System 2016 showed that  corruption is the 3rd biggest problem in Montenegro...