The global offensive that autocratic states, led by Russia and with the silent support of China, are waging against rules-based democratic societies through a toxic mix of disinformation and illicit money is having especially negative repercussions on vulnerable regions such as the Balkans. Although the Kremlin’s capacity to stoke trouble on the Balkans has seemingly declined with the start of the war in Ukraine, Moscow has intensified its hybrid operations with the clear intent of rolling back democratic advances and hurting the region’s prospects for Euro-Atlantic integration. Russia has deployed a full array of instruments as part of its media capture campaign, including direct ownership and/or informal financial and political ties to the editorial and management bodies of local media outlets, broadcasting of Russian channels, as well as building networks of influence among politicians and other public figures.

On 31 August 2022 the Center for the Study of Democracy, the Bulgarian Embassy in Podgorica, and the Centre for Monitoring and Research (CeMI), a local public policy think tank hosted a policy round table in Podgorica’s House of Europe where experts from the region zoomed into the Kremlin’s tactics in Montenegro. Montenegro is a front-runner in the EU accession process. Yet, its progress has stalled hindered by intense internal political instability and polarization. Moscow has aggressively directed its propaganda to exploit such vulnerabilities, using the Serb minority in the country and the Serbian Orthodox church to amplify and deepen divisions. In addition, Podgorica is in the middle of the worse cyber-attack in its history, which has crippled the country’s governing procedures. The roundtable gathered experts and policy-makers, including Raško Konjević, Deputy Prime Minister for the Political System and Internal Policy and Minister of Defence of Montenegro, Ljubomir Mišurović, State Secretary of Montenegro, Dr. Gordana Đurović, Professor in the Faculty of Economics in University of Montenegro and President of the Montenegrin Pan-European Union, Dr. Srđan Đarmanović, Professor in the Faculty of Political Science in University of Montenegro and President of the Council for Democratic Elections of the Venice Commission, Dr. Meglena Plugtschieva, Ambassador of the Republic of Bulgaria to Montenegro, and Ana Nenezić, External Consultant, Centre for Monitoring and Research.

In her welcoming remarks, Dr. Plugtchieva pointed out that Montenegro can and should be seen as the next success case for EU accession, and the country can rely on the help of its EU partners to tackle foreign authoritarian interference on its way. The representatives of the government Raško Konjević and Ljubomir Mišurović pointed out that Montenegro has firmly decided on its Euro-Atlantic path and that its NATO membership is a solid guarantee to fend off foreign malign interference. Yet, they also noted that in Montenegro, the majority of media outlets are owned by foreign entities and ownership is concentrated in Serbia. The Montenegrin government had not foreseen in advance the potential risks of foreign influence and has not taken any pre-emptive action to ensure the control and regulation of its own media sector. Dr. Zlatko Vujović, President of the Governing Board of the Centre for Monitoring and Research, explained further that Russian disinformation in Montenegro flows mostly through the Serbian media infrastructure. In conclusion, Professor Đurović and Professor Đarmanović noted that the internal political dynamics in Montenegro is extremely worrying with political parties overstepping a lot of democratic governance procedures and a rising tide of Russian disinformation starting to have an impact on voters. Montenegrins are still overwhelmingly in favor of EU accession. Yet, their support for Russian narratives have grown following the war in Ukraine. The two academics, who used to take high-ranking positions in the Montenegrin government in charge of Euro-Atlantic integration, noted that Montenegro and the European Union need as quick as possible EU accession for Podgorica to fend off rising authoritarian and pro-Russian sentiments. This would also be the first EU geopolitical success after the accession of Croatia a decade ago. 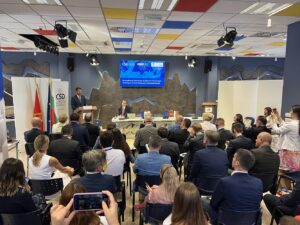 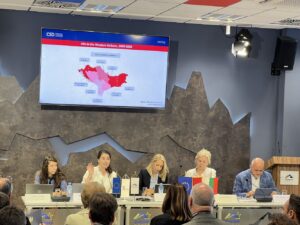 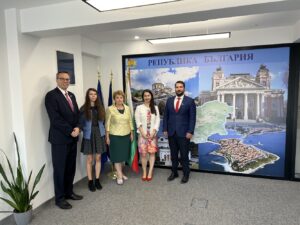 Round Table: The Anti-Corruption Agenda for Southeast Europe after the 2016 Enlargement Package: How to Break the State Capture Deadlock and Make Enlargement Deliver Again?

In its 2015 and 2016 Enlargement Packages, the European Commission has announced that there will not be further enlargement by... 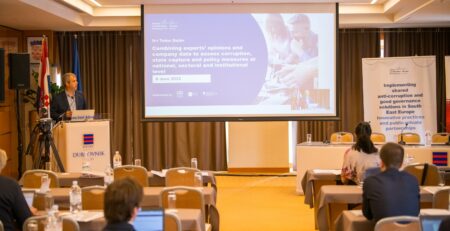 Anti-corruption is not a final destination, but a consistent process of democratic renewal, checks and balances. Democratic backsliding in parts... 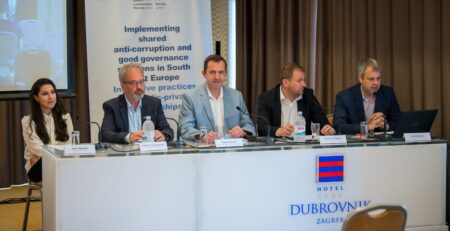 Ambassador Anders Thunborg visited Bulgaria from October 13 to 19, 2001 by invitation of the Center for the Study of Democracy,...