The Western Balkans have made continued progress in addressing rule of law and governance issues since the turn of the century. The advancement has been made possible thanks primarily to triangulation of reforms, led by local civil society, reformist minded politicians, and external aid. The Corruption Monitoring System of the Southeast European Leadership for Development and Integrity, has shown that corruption pressure on citizens in the Western Balkans has declined by 15 percentage points between 2000 and 2016 but at 26% remains unacceptably high. In some countries and policy domains systemic rule of law issues have resulted in state capture. Governance gaps have been exploited and amplified by resurgent authoritarian powers in the region, further slowing the transition to democracy and market economy. This calls for a renewed engagement with the Western Balkans by its European and US partners.

The international conference, organized in partnership by the Center for the Study of Democracy, the European Fund for the Balkans (EFB), the Konrad Adenauer Foundation and the European Commission with the support of SELDI.net and the Bulgarian Swiss Cooperation Program on 16 May 2018, brought together the key transatlantic players for the Western Balkans with representatives of the civil society and the private sector on the eve of the informal meeting of the heads of state in Sofia on May 17-18, 2018.

The discussion focused on the key policy actions, necessary for strengthening the stability and unlocking the potential of the Western Balkans and its Euro-Atlantic perspective: effective prosecution of high level corruption; utilization of innovative tools for countering administrative corruption (such as MACPI – Monitoring Anti-Corruption Policy Implementation); streamlining EU assistance; engaging directly with civil society; development of dedicated units to track illicit transactions; stronger oversight on development funds; assessments of the economic diversification and placing stronger focus on critical sectors such as energy, banking, telecommunications. The donor organizations’ representatives also highlighted the importance of setting up new support programmes at national and local level directed towards the citizens, including their involvement in the policy debate and the decision-making, improvement of skills for tackling youth unemployment, job creation, vocational trainings, development of entrepreneurship and increase of the media freedom.

Security threats should be addressed together according to Christian Danielsson, Director General, DG Neighbourhood and Enlargement Negotiations, European Commission. He noted that while the EU has already stated its re-commitment towards the Western Balkans, it is a political choice if the countries make use of this opportunity. There is a need of substantial reforms to address issues related to state capture, governance, rule of law. The expanding of the economic potential is already being observed, but investments will come much easier if governance issues are addressed. Ambassador Elisabeth I. Millard, Principal Deputy Assistant Secretary, Bureau of European and Eurasian Affairs, U.S. Department of State underlined that USA would like to have an united Europe as a close partner, aligned with their shared values, however challenges remain considerable and the stakes are high. She reminded the audience that EU and NATO are standard based institutions, and it is vital for the Western Balkans to show political will, strengthen their institutions, security and rules. To achieve the common goal of energy security in particular, the region should build a competitive market through diversification and interconnectors, following the aims of the EU Third Energy Package.

During his lunch address Zoran Zaev, Prime Minister of Macedonia stated his commitment to build bridges of trust in the region, and expressed his hope that the name issue will be resolved soon. He noted that “the Balkans had a difficult past, but we are creators of our future”.

The participants stressed that the European Commission has rightly prioritized the rule of law and security, including hybrid threats, in its new Enlargement Strategy from February 2018. They acknowledged the progress made so far, but also noted that the region needs to stay vigilant, and find the balance between the development and security agenda. They expressed their hope that the EU and NATO, as well as major donor countries in the Western Balkans, such as Norway, Sweden, Switzerland, the US and Japan, would engage directly with civil society groups for tackling corruption and state capture more effectively.The speakers underlined that the European integration process provides an opportunity to reinforce also the national governments’ policy towards civil society. It should not be forgotten that civil society is part of the Berlin process, although currently it is involved only on technical terms in the decision-making. The provided recommendations are usually not taken into account. In that regard, now is the moment to develop more efficient policy tools to enhance the impact of civil society. These could include, for example, CSOs’ assistance to the EC and the national governments in monitoring and evaluation of public policies, especially in areas, such as public procurement, concessions and public-private partnerships. In that way the civil society will be able to provide an external unbiased perspective, expertise, as well as a mechanism for checks and balances against any inefficient or otherwise flawed distribution and utilisation of national or donor funds. 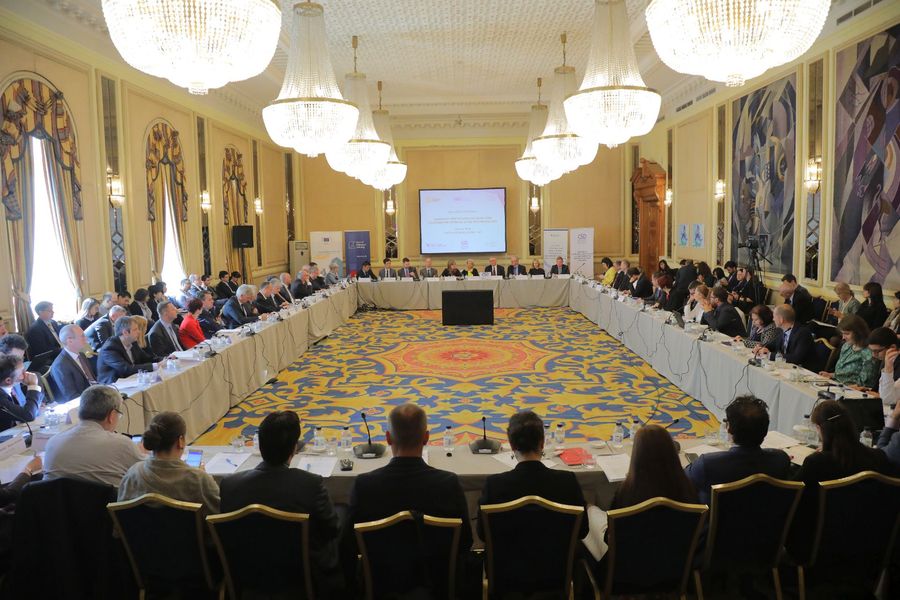 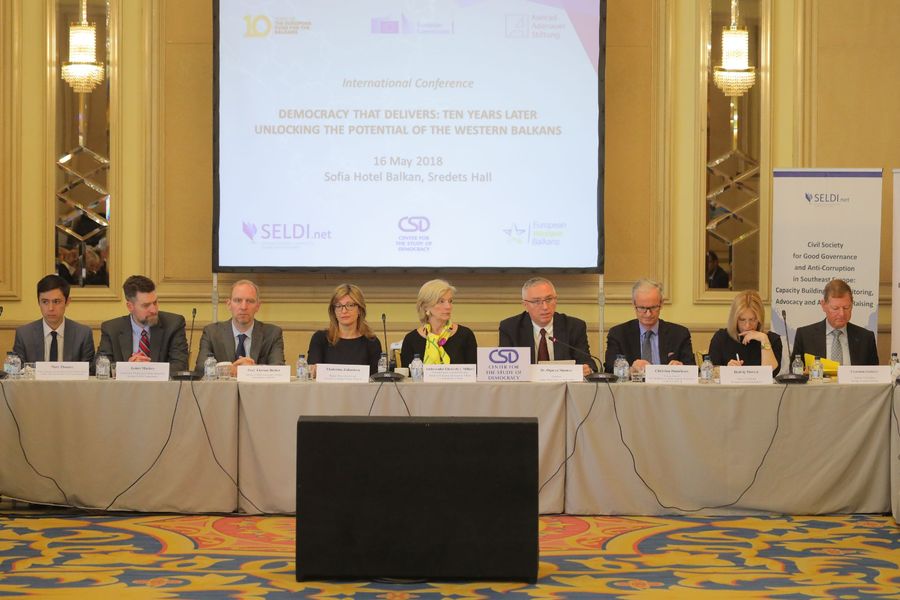 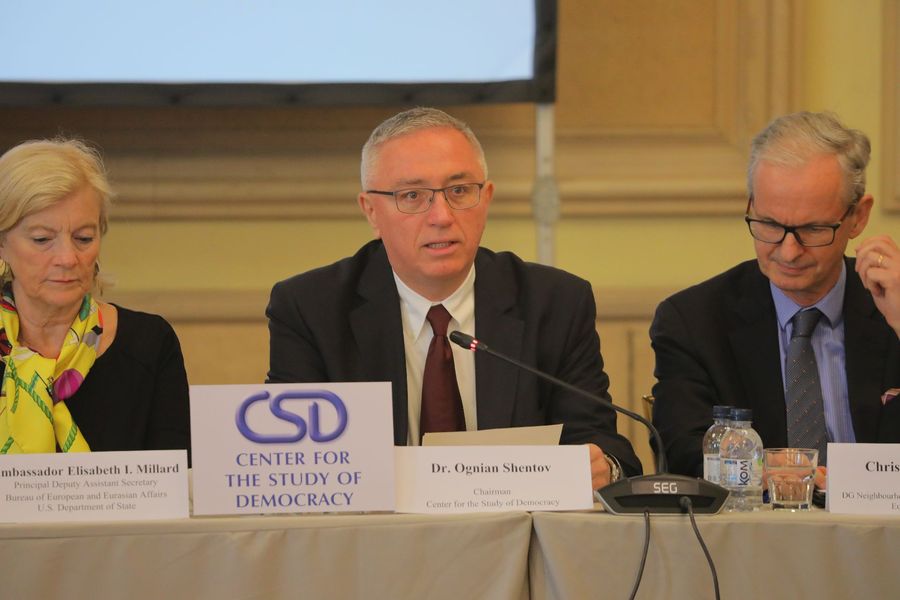 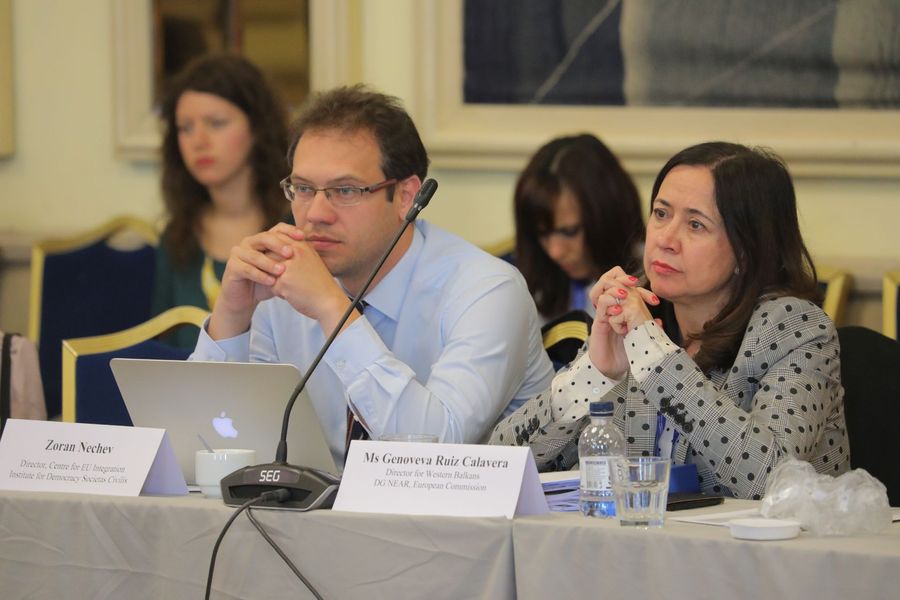 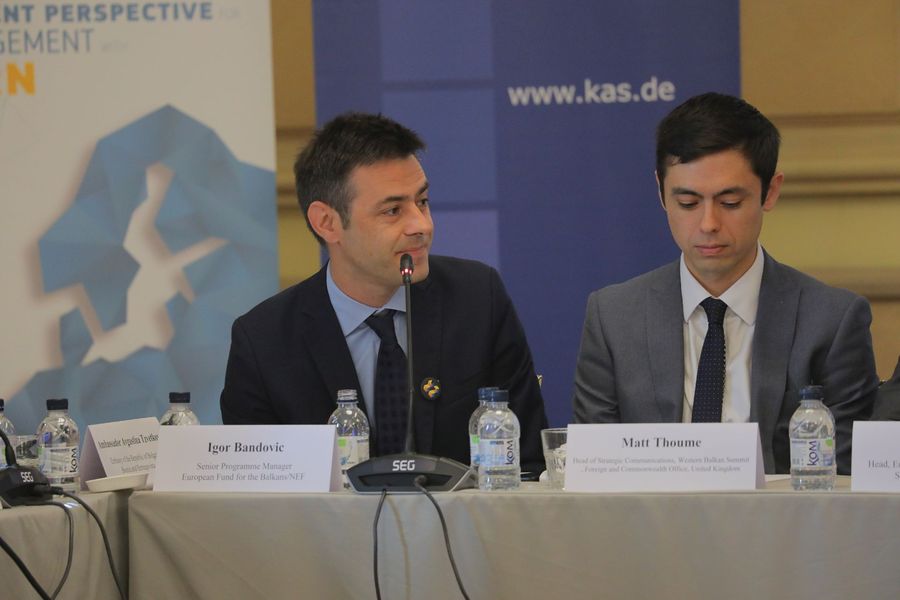 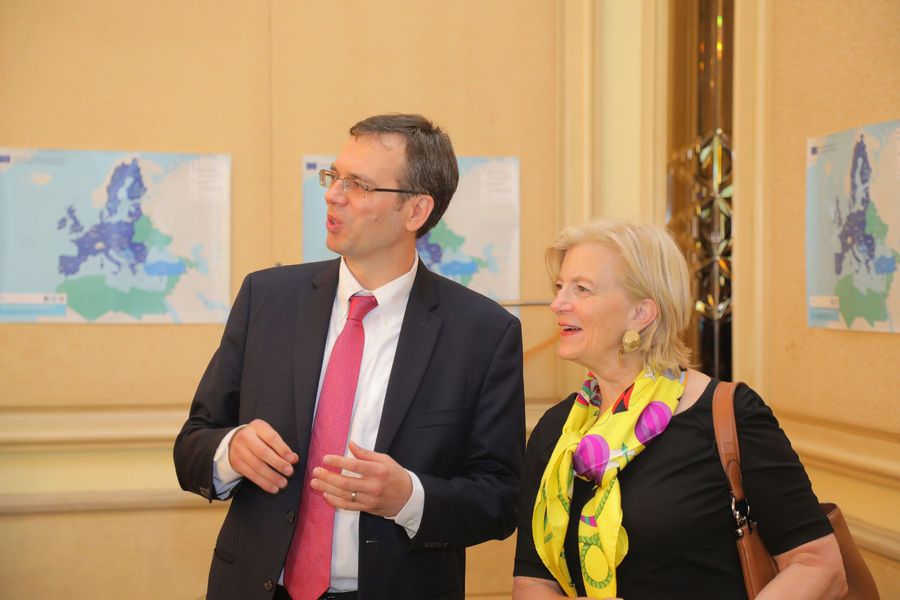 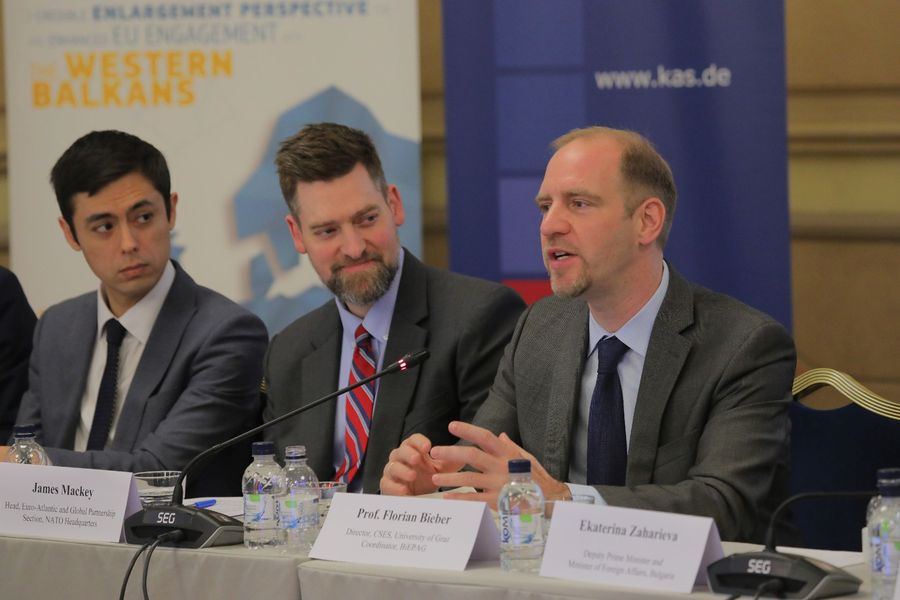 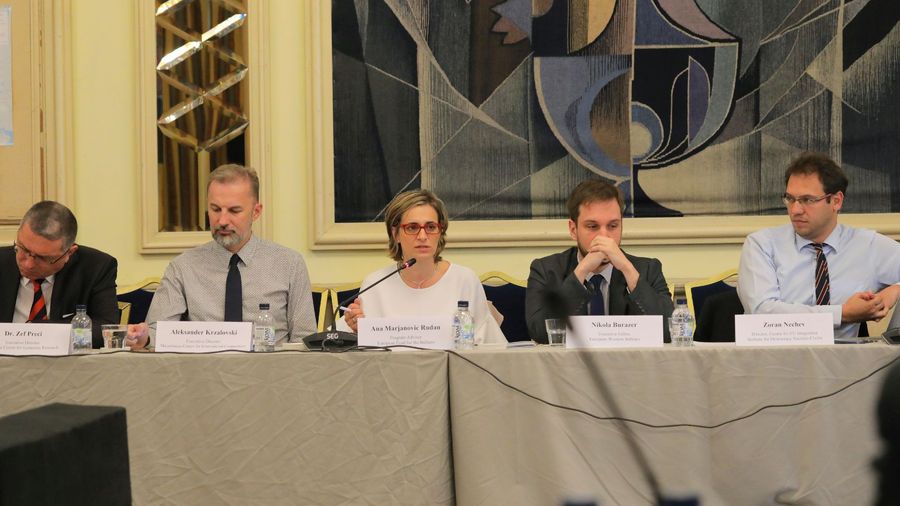 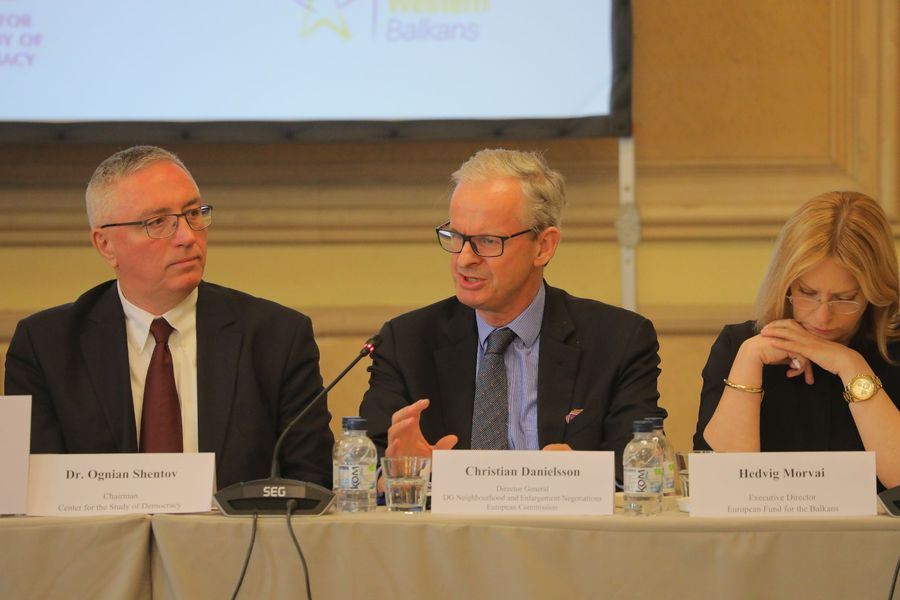 On 14 April 2015 the Committees on Budgetary Control at the European Parliament held a Hearing on "Cooperation and...

SELDI and its member RIIVEST from Kosovo were regional partners of the Western Balkans OGP Dialogue 2015, organised by...