On 8 April 2005, the international conference Bulgarian Judiciary in the EU Accession Process: Reforming the Investigation and the Prosecution was held to facilitate the process of Bulgaria’s accession to the European Union and to contribute to the strengthening of the judiciary, in particular as regards the organization and place of the prosecution and the investigation, in compliance with the best practices implemented in the EU Member States and other accession countries. The conference provided the policy makers in Bulgaria with the opportunity to benefit from the best practices implemented in EU Member States and the accession countries in relation to the organization of the prosecution and investigation and aimed to stimulate a broad public and expert debate on the opportunities for reforming the prosecution and the investigation following successfully implemented models in other European countries. The dissemination of the conference materials among all stakeholders of judicial reform in Bulgaria will bring the reforms in line with the established European standards.

Conference outline
Agenda of the conference
Summary of the discusssion
Speeches and presentations
Media coverage (in Bulgarian only)
The Courts, Prosecution and Investigation in the EU Member States and Accession Countries (in Bulgarian only)

On 11 December 2014 the Center for the Study of Democracy organized the Eleventh Anti-Corruption Policy Forum. During the event...

Facilitated by the Bulgarian and Austrian EU Council presidencies, as well as by shifting European focus towards to region, 2018... 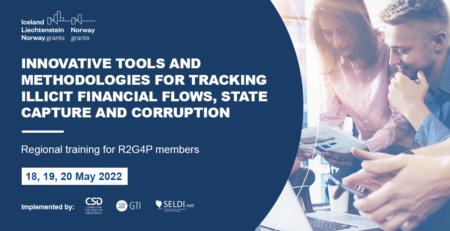