The war in Ukraine urged international organizations to recognize that institutional gaps are abused by foreign autocrats to spread disinformation and destabilize liberal democracy across the world. Southeast European states are especially vulnerable to such malign foreign influence due to lack of good governance solutions and instruments but also political will to combat those threats. The rising geopolitical tensions pull resources and attention away from the necessary reforms, while corruption and state capture hinder the efforts for recovery after the pandemic and the consequences of the Russian invasion of Ukraine. Against this backdrop, the European Commission stepped up its internal governance support efforts through the adoption of the European Democracy Action Plan, the revamped Rule of Law Mechanism, and the forthcoming Defense of Democracy package aimed to counter and expose illicit finance.

In order to seek ways to reinvigorate the EU integration drive amid rising pressures for authoritarian relapse, the SELDI anti-corruption initiative organized a regional anti-corruption policy forum on 26 September 2022 in Belgrade. The event engaged multiple local and international experts, including H.E. Emanuele Giaufret, Head of the Delegation of the European Union to Serbia, H.E. Christopher Hill, United States Ambassador to Serbia and Anna Vezyroglou, Deputy Head of Unit D1 (Western Balkans Policy and Regional Strategy) at DG NEAR. The forum featured a presentation of the main findings from the Regional Anti-Corruption Report Geopolitics, State Capture and Peak Corruption: What is Next for Anticorruption in the Western Balkans. The speakers underlined that corruption does not stop with EU accession, and stronger policy focus should be placed on countering state capture and illicit financial flows. EU-level and international assessments are advised to measure the actual impact of the anticorruption policies, not just stated intentions or number of updated laws and regulations. The increasing threat of stabilitocracy within the region could be prevented by ceasing EU’s tolerance to corrupt governments. Media capture can be tackled by building long-term resilience to disinformation, consistent debunking of fake news, and increasing the trust in the public institutions. Judiciary’s efficiency also needs to be improved by increasing the capacity of people with integrity as judges and prosecution, and creating an environment free of political pressure. In conclusion, the participants recommended the design of new forward-looking anti-corruption approaches such, which predict emerging areas of corruption vulnerabilities such as the use of cryptocurrencies and blockchain transactions.

Report: Geopolitics, State Capture and Peak Corruption. What is Next for Anticorruption in the Western Balkans? 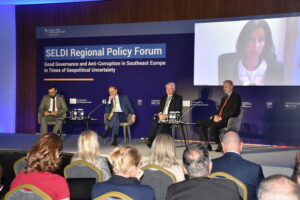 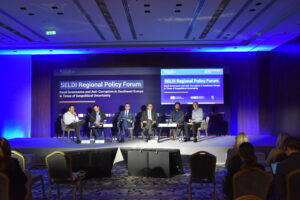 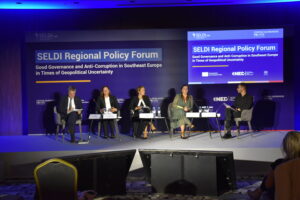 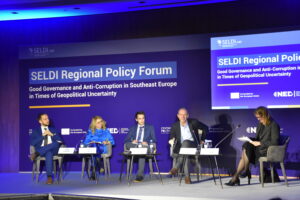 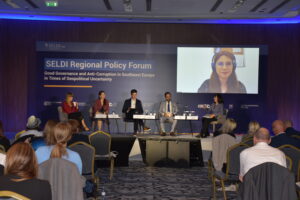 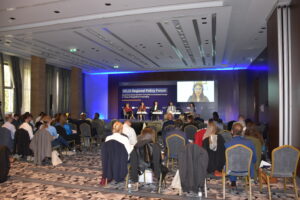