The Russian invasion of Ukraine has been a wake-up call for policymakers to reinforce Europe’s security and geopolitical standing. The EU has become the testing ground for Russia and China’s global authoritarian offensive. Southeastern Europe (SEE) is among the most vulnerable regions to the Kremlin’s mix of state and media capture, achieved through political bullying and corrosive capital. The resulting democratic backsliding and degradation of independent institutions has led to the entrenchment of stabilitocracies in the region. In addition, the EU’s benign response to the Kremlin’s annexation of Crimea and its misguided push for Russian gas have inadvertently enabled the purposeful mismanagement of the energy sector in SEE.

To tackle these threats, the EU must formulate and implement credible enlargement and enforcement policies that foster resilience in the region, as noted during the policy roundtable held on 12 October 2022 in Brussels. The approach should include investment screening and good neighbourly relations based on increasing flows of European and international constructive capital. There is also a need to identify and support reform-minded political leaders at national and municipal level, who could prioritise the tackling of state capture in cooperation with the civil society, the international community and the media. Europe should also improve its energy sector governance, decouple from the Kremlin’s malign economic and political influence and further dismantle its oligarchic networks across the continent. In conclusion, the round table participants recommended that anti-corruption achievements are not measured by the number of adopted laws and strategies, but rather – the actual levels of corruption victimization and state capture, and the number of convictions. The event engaged multiple local and international experts, including Viola von Cramon-Taubadel, MEP, Group of the Greens/European Free Alliance; Vice Chair, Delegation of the EU-Ukraine Parliamentary Association Committee, European Parliament, Gwendoline Delbos-Corfield, MEP, Group of the Greens/European Free Alliance, Special Committee on Foreign Interference in all Democratic Processes in the European Union, including Disinformation, European Parliament and Jeffrey Lightfoot, Program Director, Europe, Center for International Private Enterprise, Washington DC.

The Kremlin Playbook in the Energy Sector 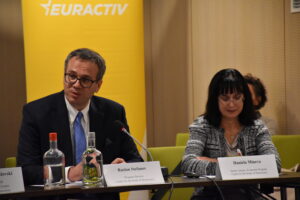 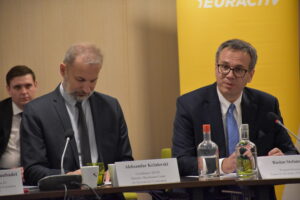 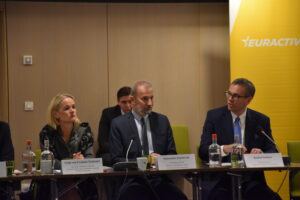 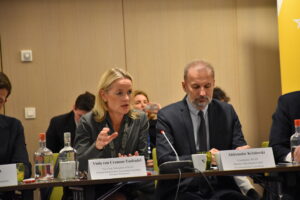 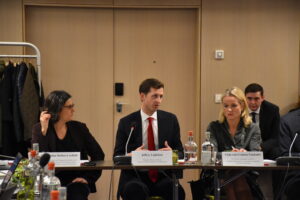 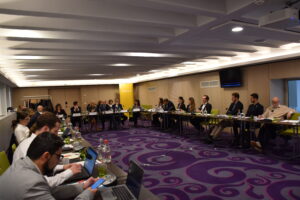 A press conference to present the recent survey results of Vitosha Research on Regional Corruption Monitoring in Southeast European countries...

Human Rights First, an US-based non-government organisation with extensive experience in empowering the civil society, held a special training for...