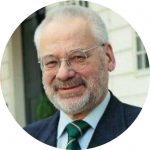 Dr. Erhard Busek is a renowned politician from the Austrian Christian-conservative People’s Party (ÖVP). Since 1996, he has been serving as Coordinator of the South-Eastern Cooperative Initiative (SECI), and Chairman of the Institute for the Danube Region and Central Europe.

In the formative years of his political career, Dr. Busek focused on engagement with democratic and dissident movements in Poland, Czechoslovakia, Yugoslavia, and the Former East Germany. He entered municipal politics in 1976 and served as Deputy Mayor and City Councillor of Vienna for nine years, before being appointed Minister for Science and Research in 1989, and Minister for Education in 1994.

From 1991-1995, Dr. Busek served as Vice Chancellor of the Republic of Austria. His expertise was acknowledged in 2000 with his appointment as Special Representative of the Austrian Government on EU Enlargement, and his subsequent role as Special Coordinator of the Stability Pact for South Eastern Europe from 2002 until 2008. In 2008, Dr. Busek assumed the role of Advisor to the Minister for Foreign Affairs of the Czech Republic on questions of the Western Balkans and the EU.

Alongside his political posts, Dr. Busek has served in several other capacities, including: President of the European Forum Alpbach (2000-2012), Vice-President of the Vienna Economic Forum (2004-2005), Rector of the Salzburg University of Applied Sciences (2004-2011), and President of the International Center for Advanced and Comparative EU-Russia Research (2001-2011). At present, Dr. Busek is a Visiting Professor of the Practice of Public Policy Studies at Duke University in the USA, Co-Chair of the Commission on Radio and Television Policy: Central and Eastern Europe, and Member of the European Council on Tolerance and Reconciliation.

He also serves on boards of various institutions including: the IEDC-Bled School of Management, the Austrian-Croatian Association, the International “Kammermusikfest Lockenhaus,” and the Antall József Knowledge Center of Political and Social Sciences. Given his extensive knowledge on the subject of “transforming economies”, Dr. Busek has also advised the Economic Initiative for Kosovo since 2008.

Dr. Busek has been honored for his work with a multitude of awards from the governments of Italy, Liechtenstein, and many Eastern European countries including Bulgaria, Romania, the Czech Republic, and Slovenia.  He has written extensively on South East and Central Europe, democratic reform, and economic and environmental co-operation.