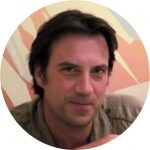 Dr. Dimitar Bechev is Director of the European Policy Institute, a think-tank, and teaches international politics at Sofia University. He is currently a visiting fellow at the Center for European Politics, Harvard University. Dr. Bechev was a Senior Policy Fellow and Head of European Council on Foreign Relations (ECFR) office in Sofia from 2010 till 2014. He is also affiliated with South East European Studies at Oxford (SEESOX), St. Antony’s College, Oxford. In 2006-2010, Dr. Bechev was a Research Fellow at Oxford’s European Studies Centre and held a lectureship in International Relations at Worcester College, Oxford and a visiting professorship at Hitotsubashi University in Tokyo.

He is a Region Head for Central and Eastern Europe at Oxford Analytica, a leading consultancy on current political and economic affairs.

Dr. Bechev has published widely on the EU’s enlargement and neighbourhood policies as well as the politics and modern history of the Balkans.

He is the author of The Historical Dictionary of the Republic of Macedonia (2009), Mediterranean Frontiers: Borders, Conflict and Memory in a Transnational World (2010, co-edited with ECFR Council Member Kalypso Nicolaidis) and Constructing South East Europe: the Politics of Balkan Regional Cooperation (Palgrave Macmillan, 2011) as well as articles in leading periodicals such as the Journal of Common Market Studies and East European Politics and Societies. He is often quoted by renowned international media such as the Economist, Financial Times, CNN, and the Wall Street Journal.

He holds a D.Phil. (2005) in International Relations from the University of Oxford as well as graduate degrees in International Relations and Law from Sofia University. His areas of expertise include EU enlargement and Neighbourhood Policy, the politics of wider South East Europe (post-communist Balkans, Greece, Turkey), EU-Russia relations, and Euro-Mediterranean relations.