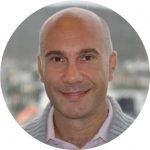 Boris Divjak is a macroeconomist, with a bachelor’s degree from the University of Reading, UK and the Karl-Franzens University of Graz, Austria as well as a master’s degree in International Studies from the University of Reading. He joined Bergen-based U4 Anti-Corruption Resource Centre as its Director from September 2014 where he leads a team of researchers and practitioners focused on providing advice to bilateral donors in delivering governance and anti-corruption programmes and aid to developing countries.
Until 2008, Boris Divjak consulted mostly the World Bank, but also the European Commission, USAID and other bilateral and multilateral donors, contributing to their development programs throughout the Western Balkans. From 2008 to 2010, as staff of the World Bank Group, he was the Project Manager of the Investment Climate Advisory Services in Azerbaijan. From 2010 to 2012 he worked as Operations Officer in the Washington DC HQ of Investment Climate, focusing on the Portuguese-speaking countries. From 2012 until 2014 he assumed the post of the Business Regulations Lead for West and Central Africa based in the Dakar hub of the International Finance Corporation of the World Bank Group. His area of specialisation was business enabling environment, evaluating impact of business regulation, clarifying cost of enforcement and proposing regulatory simplification including administering implementation. He was also the program manager for Investment Climate in Sao Tome and Principe.
In parallel to his professional career, as an anti-corruption activist he founded the Bosnia and Herzegovina (BiH) branch of the non-governmental organisation Transparency International (TI) in 2000, and as of November 2005 was elected into TI’s global Board of Directors, where he served two terms until 2011. He is an Individual Member of Transparency International since 2012. In his TI capacity, Divjak analysed corruption issues in BiH, Croatia and the rest of the Western Balkans region. He worked on design and implementation of several anti-corruption strategies and tools in BiH and beyond. He is also a Distinguished Research Fellow at the Adriatic Institute of Public Policy headquartered in Croatia.