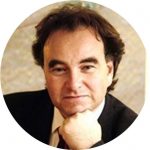 Prof. Bo Rothstein holds the August Röhss Chair in Political Science at University which was established in 1901 by a donation from the Röhss family to the University of Gothenburg. Among the previous holders of this Chair are Rudolf Kjellen, Jörgen Westerståhl and Bo Särlvik. Bo Rothstein took is Ph.D. in Political Science at Lund University in 1986 and was from 1986 and until 1993 assistant and (in 1992) associate professor (docent) at the Department of Government at Uppsala University. In 1993 he became Professor at the Swedish Institute for Working Life Research in Stockholm and took up his current position in 1994. He has been a visiting scholar at the Russell Sage Foundation, Cornell University, Stanford University, Harvard University, Collegium Budapest Institute for Advanced Study, Stellenbosch Institute for Advanced Study, University of Bergen, Aalborg University, the Swedish Centre for Advanced Study, the Australian National University and the University of Washington in Seattle. In 2006 he served as Visiting Professor at the Department of Government at Harvard University. Rothstein is currently head of the Quality of Government Institute at the department. In 2003, the Swedish Science Council selected him to a six year term as leading scholar. In 2009, the Knut and Alice Wallenberg Foundation awarded him a five year grant as the sole social scientist in their new Wallenberg Scholars program that intends to support leading scholars in Sweden. In 2013, he received an “Advanced Research Grant” from the European Science Council for a five year project.

Among his main publications in English are Just Institutions Matter: The Moral and Political Logic of the Universal Welfare and Social Traps and the Problem of Trust, both with Cambridge University Press. The Quality of Government: The Political Logic of Corruption, Inequality and Social Trust was published by the University of Chicago Press in 2011 and Good Government: The Relevance of Political Science (ed. together with Sören Holmberg) was published by Edward Elgar Press in 2013.

In 2002, he received the prize for the defence of academic freedom from the Swedish Association of University Teachers.